Oxymel is a mixture of honey and vinegar, depending on the desired effect different herbs (or flowers) are added. The word comes from Greek and means acid and honey. It’s a great way to preserve plants and herbs.

Oxymel was used as a remedy in Persian pharmaceuticals writings of the Middle Ages and it also was used earlier by Hippocrates. 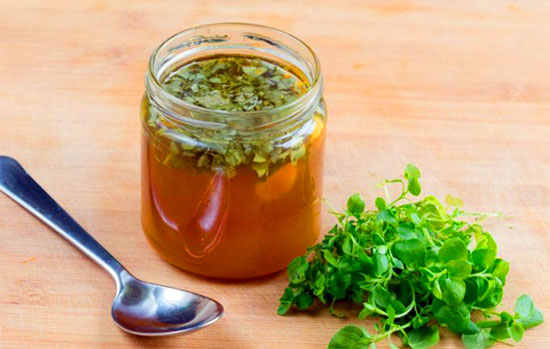 In 2012 a group of Iranian researchers published a paper relating to Oxymel in medieval Persia. The honey-vinegar mixture at that time came both pure on its own and in connection with medicinal plants.

To this day it is considered an invigorating traditional remedy. The researchers found over 1200 different Oxymel recipes for different indications ranging from digestive complaints to breathing difficulties …

According to the researchers, the basic historical recipe is very simple: