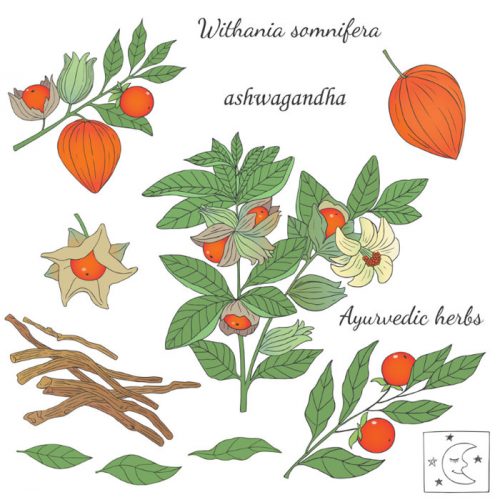 Overview: Ashwagandha, also known as Indian ginseng and winter cherry, has been used medicinally in India for thousands of years. The plant’s Latin name literally means, “sweat of a horse” due to the scent of the roots. In Ayurvedic medicine, its use extends back over 3000 years.

It was traditionally used as a tonic herb for promoting longevity and treating emaciation and for improving reproductive functions of both men and women. Ashwagandha is considered an adaptogen like ginseng, but is not stimulating. It actually has a mild sedative effect, as the somnifera part of its Latin name indicates.

Traditional Use/Benefits/Body Systems: Traditionally used for debility, nervous exhaustion, convalescence after illness, and as a general tonic; also used for reproductive health, as a nerve tonic to aid sleep, and for memory enhancement.