Women taking statin drugs for cholesterol management are more at risk from excessive fatigue according to a new study.

While the researchers do not suggest stopping the medication without discussing with their GP, for some women this evidence may explain why they are feeling so tired.

The American researchers found that two in five women taking statins reported having less energy than prior to taking the drug, and one in ten said they felt “much worse”.

Statins have been shown to dramatically reduce Co-enzyme Q10 levels in human trials. In one study, the average concentration of Co-Q10 in blood plasma fell by approximately 50% after 30 days of statin treatment. Co-Q10 is involved in the production of ATP, the energy molecule and a Co-Q10 supplement is therefore widely recommended to those taking statin drugs. 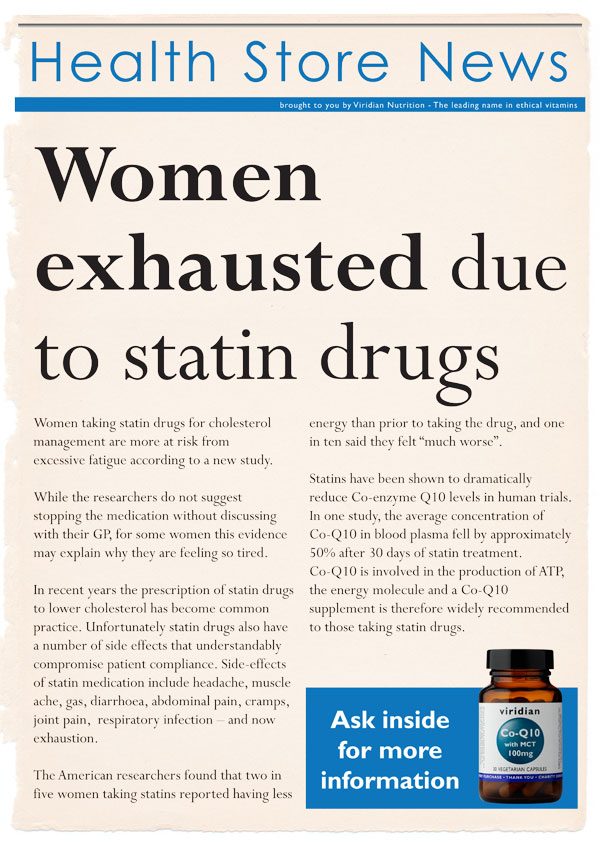 Card Payment / PayPal / EFT - Postage €5.
There are no items in your cart.
Browse Products »
Top